Gareth Bale will headline Wales’ first FIFA World Cup™ squad in 64 years, while Rob Page has also gambled on the fitness of Joe Allen. The 32-year-old midfielder has been out of action since mid-September, but the Dragons coach called his inclusion a “special case”.

Centre-back Tom Lockyer, out of the international picture for over a year, was handed a recall, but Oli Cooper and Rabbi Matondo were left out in the cold. 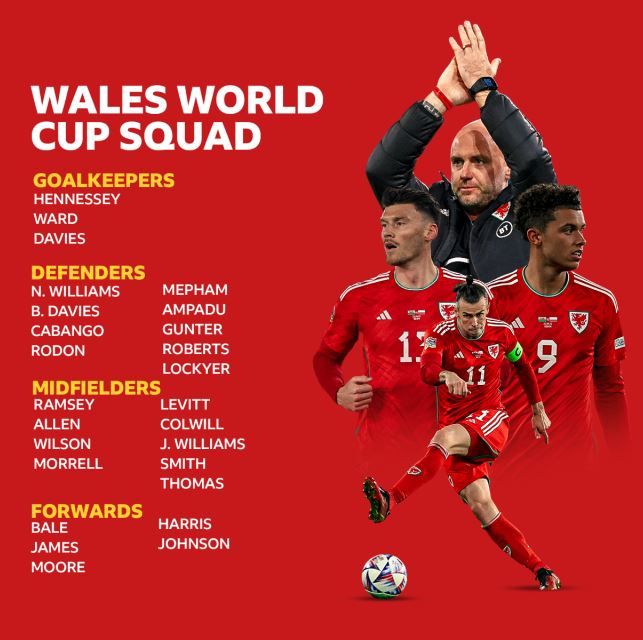 “Has he played as many minutes as we’d like? Probably not,” Page said of Bale, who recently returned from injury to help Los Angeles FC win MLS Cup. “But that doesn’t worry me. He’s proved time and time again when he puts the Welsh jersey on, irrespective of how many minutes he’s played at the domestic level, he’s always produced.

“On big occasions he’ll always turn up, thrive, and enjoy it. He’s already with the [Wales] staff, over in the country and raring to go. Gareth has proven in the past that without minutes he can deliver in important stages.”