Granit Xhaka is set to captain Switzerland in his third FIFA World Cup™ and is joined by fellow national icons Ricardo Rodriguez and Xherdan Shaqiri in Murat Yakin’s 26-man squad. There was, however, no place for Kevin Mbabu, Steven Zuber or Cedric Itten, while injury has kept Yvon Mvogo out of contention.

Yann Sommer has been deemed fit enough to play despite suffering an ankle-ligament injury in mid-October, with the Borussia Monchengladbach goalkeeper in line to return for their final Bundesliga match before the World Cup break against Borussia Dortmund on Friday. He is joined by former Gladbach team-mates Breel Embolo, Denis Zakaria and Djibril Sow, as well as current colleague Nico Elvedi. 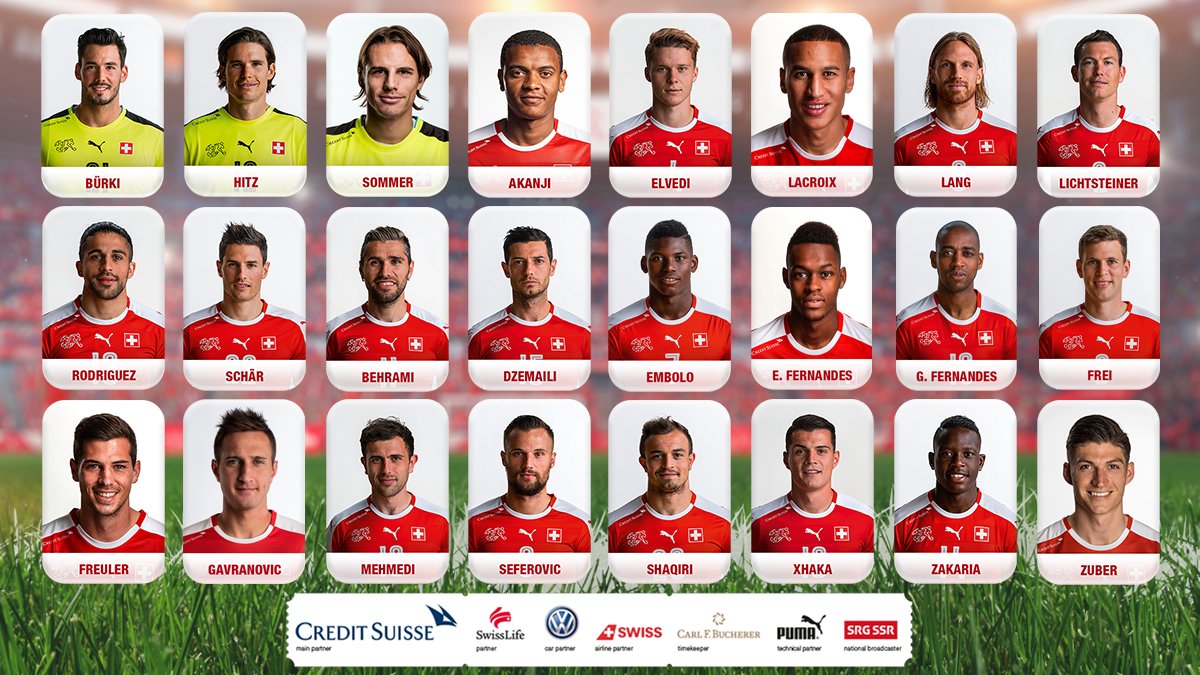 Switzerland will kick off their Group G campaign against Cameroon on 24 November, before taking on Brazil and Serbia. If the Nati get through the group stage, they will take on one of Ghana, Korea Republic, Portugal and Uruguay in the last 16.

This will be Switzerland’s fourth consecutive World Cup and ninth overall, with their best showing being the quarter-finals in 1934, 1938 and 1954. 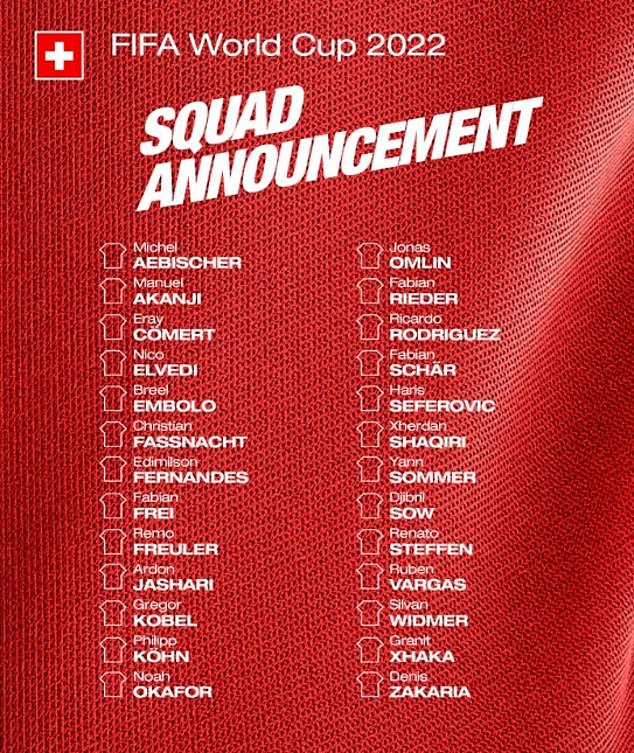