Eighteen-year-old Garang Kuol has been included in a youthful Australia squad for the FIFA World Cup Qatar 2022™. Graham Arnold also selected nine of the players who represented them at the Men’s Olympic Football Tournament last year.

Kuol, who will join Newcastle United in January, has only one senior cap to his name but will nevertheless join national icons Mat Ryan, Aaron Mooy and Ajdin Hrustic on the flight to Qatar.
Trent Sainsbury, who has 61 caps to his name, was a surprise omission, while another experienced figure in Tom Rogic failed to make the cut. Mitch Langerak, who recently came out of international retirement and has had a superb year at the club level, was also overlooked. 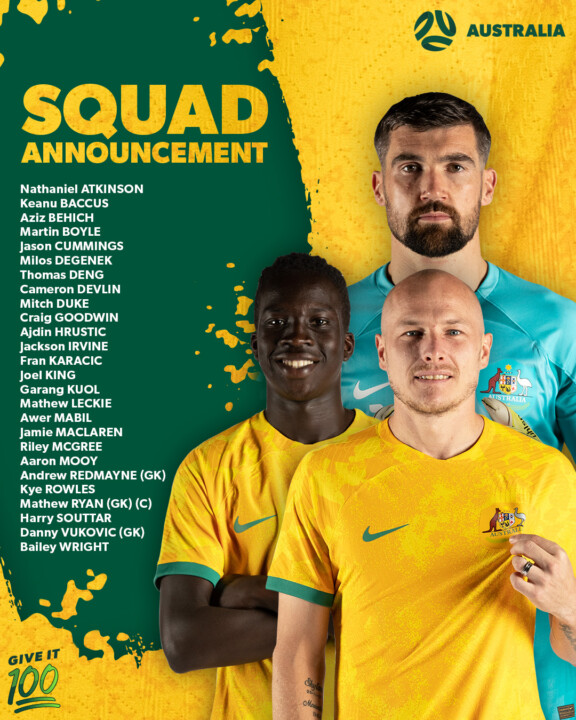 “It’s been a unique and difficult qualification campaign and we now arrive in Qatar with an exciting squad which will do everything to make Australia proud on the world stage,” Arnold said. Australia will be appearing in their sixth World Cup.
Their best performance came in Germany in 2006, where a dramatic 3-1 win over Japan and a 2-2 draw with Croatia helped them reach the knockout phase for the only time. Guus Hiddink’s side then gave eventual champions Italy a real fright in the Round of 16, only losing because of Francesco Totti’s 11th-hour penalty.