Mario Gotze, who unforgettably volleyed Germany to Brazil 2014 glory but hasn’t been capped in five years, has completed a dramatic return to the fold for the FIFA World Cup Qatar 2022™. Hansi Flick also handed a call-up to uncapped 17-year-old Youssoufa Moukoko, but there was surprisingly no place for Robin Gosens or Mats Hummels.

Marco Reus, who was agonisingly forced to withdraw from Germany’s Brazil 2014 squad, has been ruled out by injury again. Boy wonder Florian Wirtz will also miss out after failing to recover from the torn ACL he suffered in March. Timo Werner had already been ruled out through injury. 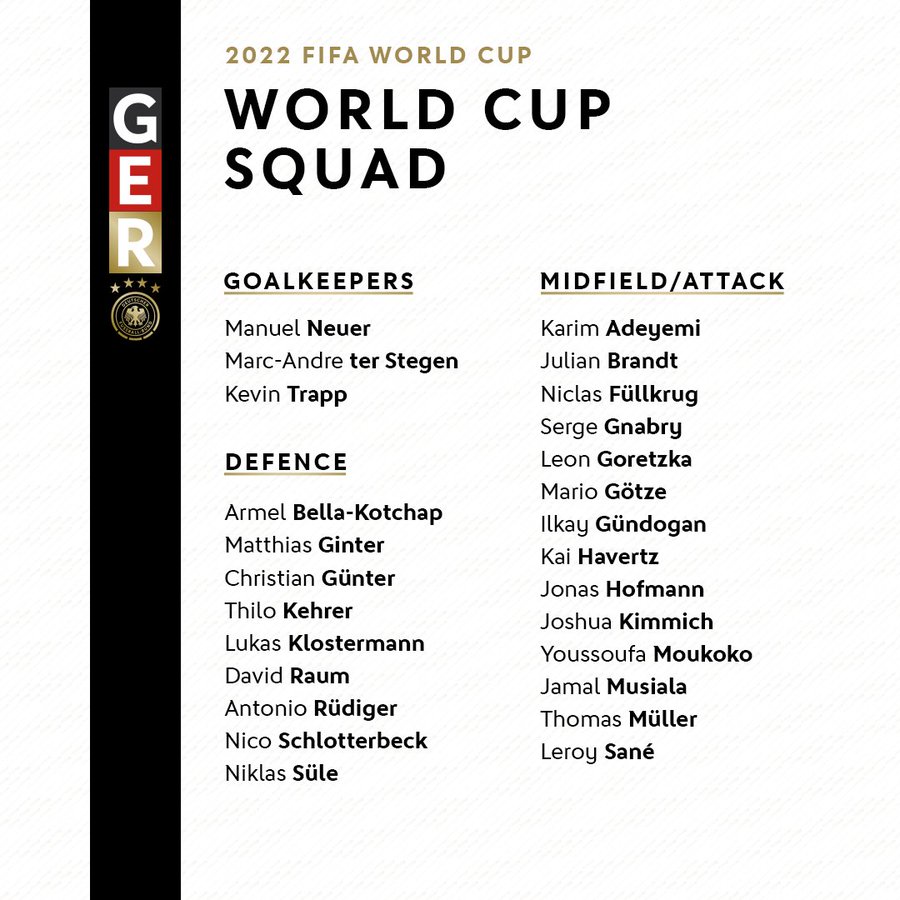 Manuel Neuer and Thomas Muller, who were also key figures as Germany strode to the trophy at the Maracana eight years ago, made the squad, while Antonio Rudiger, Joshua Kimmich, Ilkay Gundogan, Jamal Musiala, Serge Gnabry and Leroy Sane decorate the list.

Gotze’s career has been revitalised since a switch to Eintracht Frankfurt for the start of this season. Moukoko, who will turn 18 the day Qatar 2022 gets underway, has been in fine form for Borussia Dortmund.

Opa Clement and a move to Europe – Simba Queens